A new look has been rolled out across CVN including a familiar but updated logo and brand new social media graphics.

Some of those fires have required the attendance of multiple appliances from South Wales Fire & Rescue Service along with the use of critical equipment and movement of resources.

Cynon Valley Assembly Member, Vikki Howells AM said on Twitter, “Our fire service are poised and ready to help with the community response to the global Covid pandemic yet instead they are having to tackle deliberate grass fires. Setting these is disgusting behaviour and those responsible should be ashamed.”

Whilst Beth Winter MP said, “Our emergency services are under extreme strain at this moment, helping to deal with the Covid-19 crisis. And now South Wales Fire and Rescue Service are having to deal with this. This is not acceptable.”

Rhondda Cynon Taf Council said, “Deliberate fires like this put fire fighters lives in danger, pose risk to the community and can cause significant damage to property and the environment.

“It is important for to reinforce that, due to the coronavirus, the current situation affecting everyone is unprecedented.

“We would urge anyone who has information on suspected deliberate fires, or who sees anything suspicious to contact 101, or call Crimestoppers anonymously on 0800 555 111.

“If you see a fire, or anyone starting a fire, please call 999 immediately.

Thank you all so very much for the support, the viewing & most importantly your trust over the last two years. It’s been a privilege to bring you the news.

Police are investigating the break in at the Tynte Hotel, near Ynysboeth.

The owner of the pub has taken to social media, airing her upset & anger. Melissa Richards said, “Not exactly how I planned to feel landing in Amsterdam, having a phone call to tell me that the pub has been broken into has literally broke my heart!”

She added police are investigating and is urging anyone who may have witnessed anything sinister in the area to get in touch.

Melissa is asking anyone with CCTV in the area to also contact her.

The incident happened on Woodfield Terrace, Penrhiwceiber. Residents were waken by the sound of explosions.

A spokesperson for South Wales Fire & Rescue said crews were called to the scene at around 12:55. She said: “The van was well alight when fire crews arrived on the scene. We are treating it as a deliberate act.”

A deceased horse has been left lying in a field for over a week.

WalesOnline reports, the horse had been abandoned in a field close to Hirwaun where it had been neglected for months prior to its death, it is believed.
However the identity of its owners are not known at this time.

The animal was put down by a vet, overseen by the RSPCA, on Christmas Day after concerned locals feared for its health and raised the alarm.

Yet, whilst arrangements are being made for its body to be collected and disposed of, it’s thought that the Christmas period – along with “access issues” – has lead to delays in that happening.

As a result, it has remained there in the mud, covered only by a blanket, prompting anger from animal lovers and local residents.

A second, younger horse that was in the same field is thought to have since been rehomed.

An RSPCA Cymru spokesman said: “The RSPCA attended a location near Hirwaun on Christmas Day following reports of a distressed horse.

“Police officers were also in attendance.

“Sadly, independent veterinary opinion confirmed there was no choice but to put the horse to sleep, due to its condition.

“The equine was not microchipped and enquiries are ongoing.

“If anyone has any relevant information, they are urged to contact the RSPCA’s inspectorate appeal line on 0300 123 8018.”

Brad, from Mountain Ash, has been writing articles on local news and politics for Rhondda Cynon Taf’s youth website, WICID.tv for the last five years. Since then, he has launched an outstanding new blog, Cynon Valley News, which covers news, politics, weather, sport and travel in the valley.

I have met Brad on several occasions, and was pleased to be able to offer him a work experience placement in my office, where his journalistic skills shone through.

Brad has interviewed several senior figures, including the current First Minister of Wales, and his on-the-spot reporting during Storm Callum was picked up by the national media.

In February 2019, Brad’s blog reached an impressive 110,000 readers on Facebook, and when there is such a massive local news void, it provides a valuable service to the whole community.

ABERAMAN: South Wales Police say they are investigating a serious assault which has left a man critically ill in hospital.

A man was taken to Prince Charles Hospital with serious injuries, where he remains in a life-threatening condition.

A second man, aged 52, was arrested at the scene. Officers aren’t currently looking for anyone else in connection with the assault.

A section of the street remains cordoned off while forensic enquiries continue.

Detectives are appealing for anyone who witnessed the incident, who has not yet given an account to police, to come forward.

Anyone who has any other information which may assist the investigation is also asked to contact police.
Please call 101, quoting occurrence 1900462182.

Hundreds of people up and down the valley gathered on Remembrance Sunday.

The Service in Aberdare was attended by hundreds of people, filling the streets surrounding the town’s Cenotaph.

Local school children were among others who lay wreaths on the memorial in Victoria Square.

A two minute silence was observed at 11am. 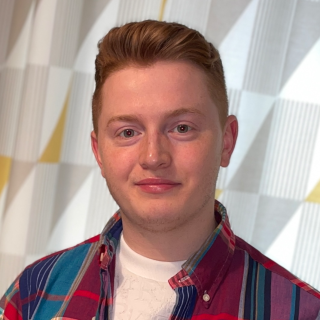